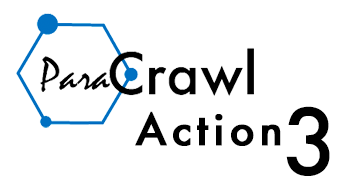 This Action will offer improved extraction software capable of efficiently processing an even larger portion of the Web (more than 1 compressed petabyte). At the same time, it will apply state-of-the-art neural methods to the detection of parallel sentences, and the processing of the extracted corpora. Special emphasis will be placed on collecting larger corpora for language pairs that are currently under-resourced. 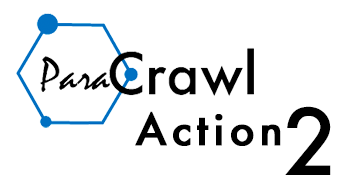 This Action aims to collect translated sentences from the web for all 24 official EU languages plus Icelandic, Norwegian, Basque, Catalan/Valencian, and Galician. These translations will be mined from a large collection of web pages, approximately 1 petabyte in size. The system will extract web pages in hypertext markup language (HTML) as well as files in portable document format (PDF) format, using text where available and optical character recognition otherwise. 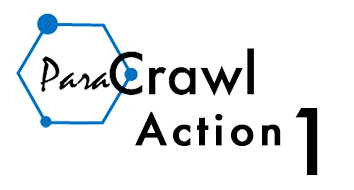 The Action aims for the development of parallel corpora (collections of translated text) for all official EU languages. The Action will provide to the CEF building block Automated Translation (CEF-AT), through web crawling, the same type of large scale data that is available to large commercial Machine Translation (MT) engines. By the end of the action, parallel corpora for all 24 official languages will be made available to CEF-AT. For 8 languages (i.e. English, German, Spanish, French, Polish, Italian, Portuguese, and Czech) the parallel corpora will have more than 1 billion tokens. For the 16 other languages, the action aims to collect more than 100 million tokens.

All official EU languages and more

Not only covering all the 24 official European Union languages but also targeting low resource languages such as Icelandic, Norwegian, Basque, Catalan and Galician.

State-of-the-art open source tools to crawl, align and clean bilingual data, are bundled together in an open source pipeline.

Unlocking the large amount of text in PDF and word processing files for use in parallel corpus mining.

Broader/Continued Web-Scale Provision of Parallel Corpora for European Languages
© Copyright 2019. All rights reserved.
Any communication or publication related to the action, made by the beneficiaries jointly or individually in any form and using any means, shall indicate that it reflects only the author's view and that the Agency is not responsible for any use that may be made of the information it contains.